Datsun Redi-Go – Things to know about the 2020 facelift model 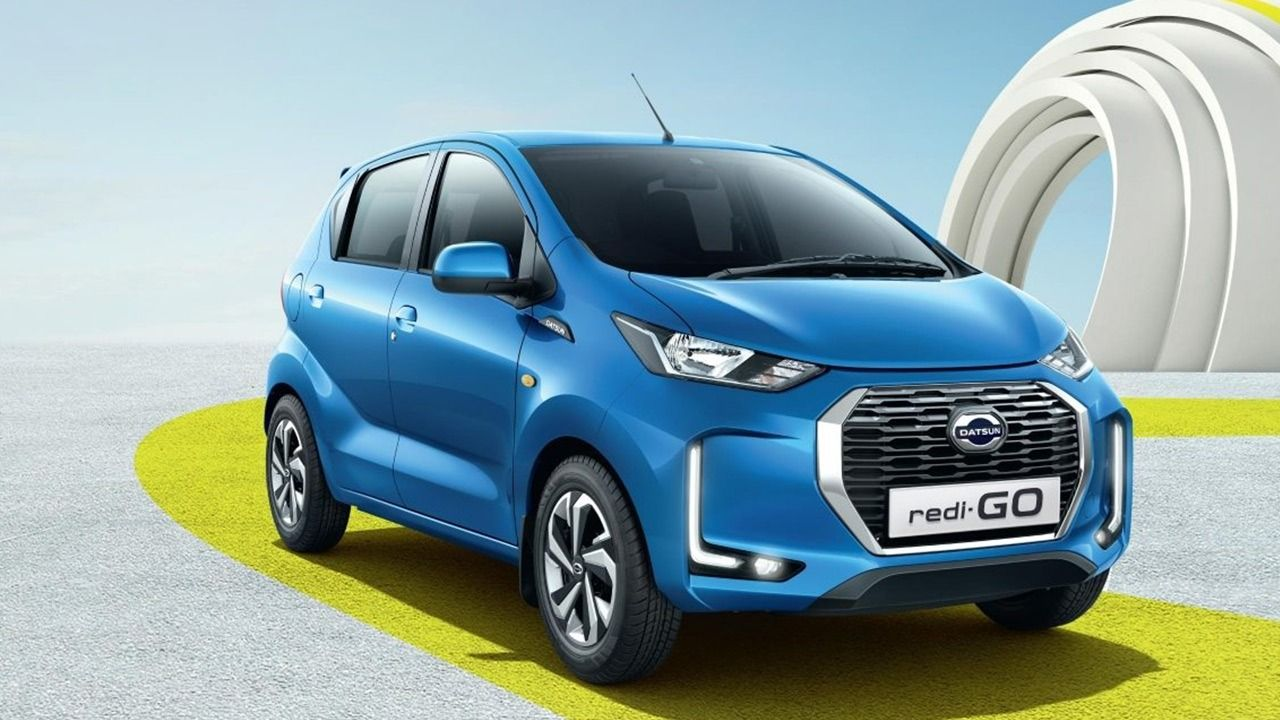 Datsun’s Redigo has been the brand’s main strength in the entry-level hatchback segment, taking on its rivals like the Renault Kwid and Maruti Suzuki S-Presso. Datsun has constantly been giving its little car updates to keep it fresh and appealing ever since its introduction back in 2016. For 2020, the model gets a completely new face, sharper looks, more features, updated engines whilst making the car safer too.

The older Datsun Redigo had a chic appeal about it, which somehow managed to find a lot of lady buyers. The new car features an aggressive front fascia with that huge signature Datsun grille along with a new bumper that sports sharp lines and angles. It even features sleek-looking headlamps, L-shaped LED DRLs, giving the car a modernistic look from up-front. The Datsun Redigo even gets LED fog lights, something seen for the first time in this segment. The overall profile remains the same and it now gets 14-inch wheels, which helps bettering the car’s stance. The ground-clearance has been increased too and there are some added Datsun Cars badges on the front fenders, dual-tone wheel covers and the body-coloured wing mirrors. At the rear, all that’s new is the pair of LED signatures in the tail lights. It shares its CMF-A underpinnings with the Kwid, which helps meet the current crash and pedestrian safety norms.

A lot of visual changes lie on the inside. The asymmetrical dashboard is not there now; instead, it gets a horizontal layout. The dark colour theme, along with a silver plastic element running the width of the dashboard, gives it a sporty look. The central console gets a piano black finish and features an 8.0-inch touchscreen infotainment system that gets Apple CarPlay and Android Auto. What drew criticism on the previous model was the exposed sheet metal on the door panels inside. The new car has it covered with cladding and the black-and-grey upholstery. A few ergonomic flaws have been attended to as well. The glovebox is better sized, the door mirrors can be adjusted from inside and then there are the retractable seatbelts. However, the single front wiper remains.

TheDatsun Redigo may be the shortest car in its segment, but you’d be happy to note the amount of legroom on offer. Passengers at the rear have sufficient knee room and headroom and the Redigo won’t have trouble seating three at the back. A list of features include rear parking sensors, rear parking sensors, power steering, remote locking, ABS and a passenger airbag.

The Datsun Redigo employs either a 53bhp, 0.8-litre petrol engine or a 67bhp, 1.0-litre petrol unit, both offered in BS6 guise. We drove the latter and think that not much has changed in terms of the driving characteristics. The 3-cylinder thrum can’t go unnoticed and vibrations do find their way into the cabin through the steering and gear lever. Floor the throttle and the motor comes alive, but once you’ve reached 4000rpm, the thrum from the 3-cylinder motor gets a bit annoying, so we’d recommend shifting up early. For the city, this motor has enough zeal to take its small family around. Driving it hard will only result in the engine being strained. Mated to the engine is a 5-speed manual gearbox that feels a bit notchy and shifting needs some effort, but the light clutch does wonders in the city. What makes it even more appealing, is its compact size and the light steering, while the brakes bite quite promptly. The suspension is setup on the firm side, meaning much of what our roads have to offer, can be felt. The seating, which is high-set up-front, provides a good view, and the rear view camera is a boon when parking.

We personally prefer the first-generation Redigo for its cuter face. The new car is undoubtedly a step-up in various ways and undercuts its rivals in terms of pricing. Datsun Cars also promises cheaper maintenance costs. The old Datsun Redigo may have has its imperfection, but we just like it that bit more than the new one. Maybe it’s the styling on the new car that somehow doesn’t gel with the rest of the silhouette. But the new car has come a long way in terms of safety, styling and equipment. Also, grab the latest info on the new cars, only at autoX.

What To Know Before You Purchase Your Car Seat Covers

Know Something About Personal Loan In Jaipur

Why is Learning Shapes and Their Names Important in Real-life?

Smoke Detectors – How to Choose the Correct One